Our Story So Far

What do a CPA, an electrician and a teacher have in common?
A one-of-a-kind marketing company!

What do a CPA, an electrician and a teacher have in common?
A one-of-a-kind marketing company!

Inspired Method isn’t your average digital marketing agency. Having an in-depth knowledge of business development, financial management, and sales systems, we know the struggles that entrepreneurs have. That’s why we created a unique and proven method to help businesses to grow.

We look forward to meeting you!

Josh has operated his successful CPA firm for several years and identified the three top reasons why businesses fail.

The one missing component that Josh had been needing to develop was a marketing system that he could help his clients solve the number one problem, getting customers. Karen, Trevor and Josh met at a local networking event. It soon became apparent to the trio that they all had the same driving passion to help small businesses succeed.

Together they developed a system that is effective for any small business. This system is the result of a combined four-year journey to learn what digital marketing strategies and processes actually work. 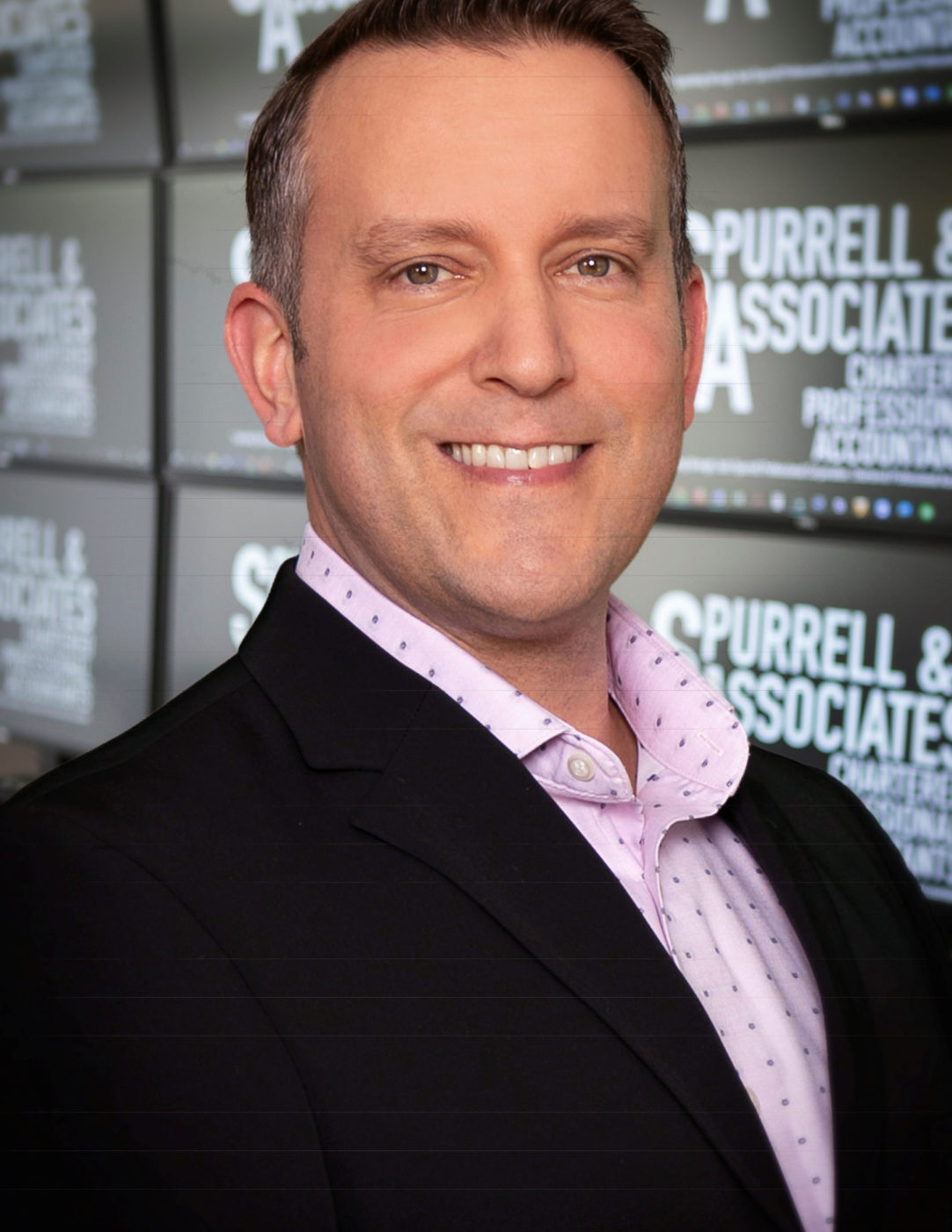 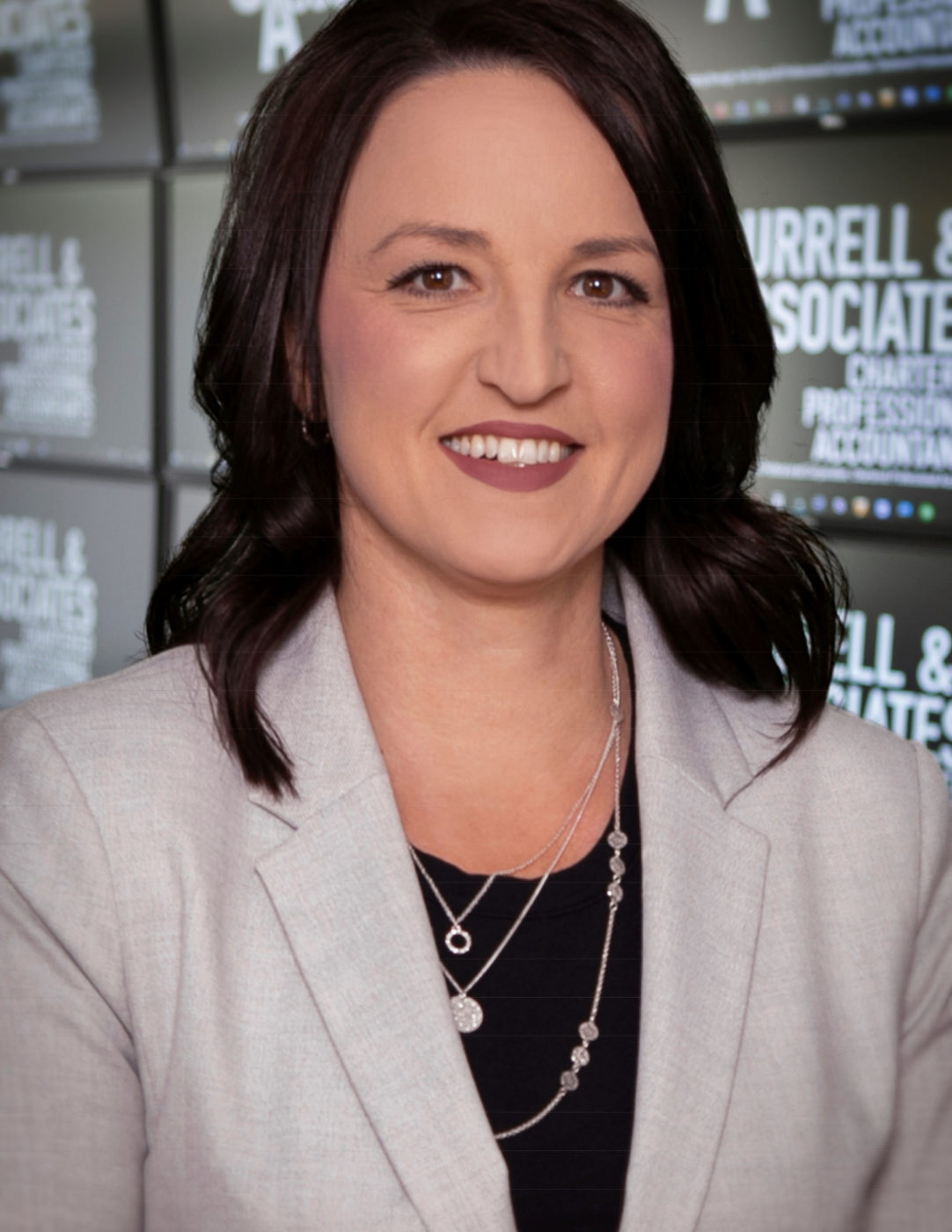 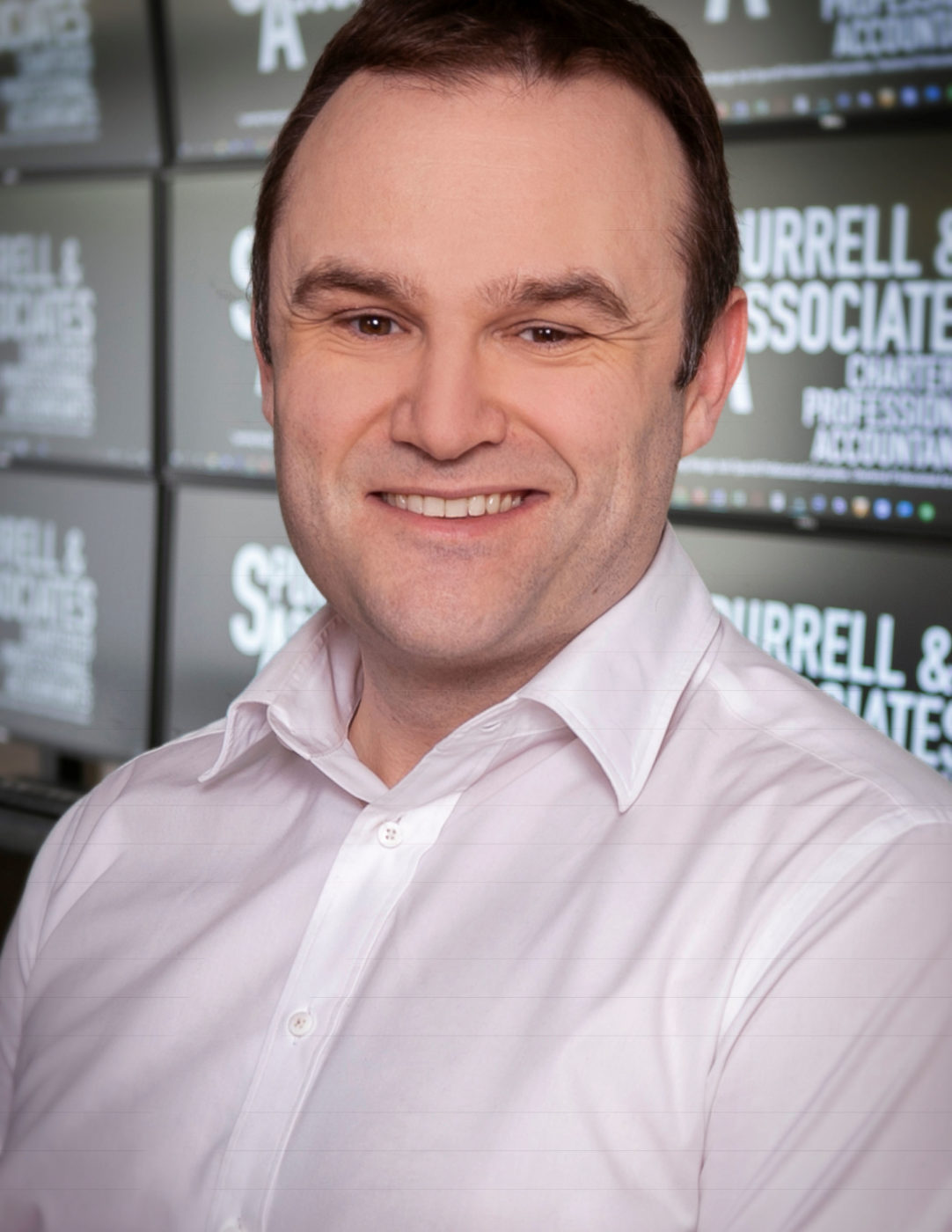 Inspired Method is looking for the right people to join our team. If knowing that 50% of small businesses fail is unacceptable to you and you want to be part of the solution, we may have a place for you.

We value people with a relentless curiosity for digital marketing and a passion for helping others. It is our belief that when you find the right people aligned with a single purpose of being the best in the world at what you do, that’s when greatness happens.

Trevor was born and raised in Edmonton, Alberta. His path to becoming a digital agency owner began in the late 1990s. In the late 90s he enrolled in college to pursue a marketing diploma at a local business school. Trevor did his practicum at a web development company that hired him upon graduating with honours. Upon moving to Calgary Trevor began honing his selling skills and learned the value of relationship-selling, holding positions in pharmaceutical sales and medical equipment among others. After several years as a sales rep across southern Alberta, Trevor and Karen made the move back from Calgary to their home city of Edmonton.

Once back in Edmonton, a small business was purchased all the while Trevor transitioned from sales and marketing to become an electrician. After more than a dozen years in the trade and three home-based businesses, he decided that it was time to hang up his tool belt and pursue his true passion, marketing.

Learning firsthand the challenges that small businesses face, he wanted to create a business to help small businesses win. Going back to his roots in digital marketing, Trevor did a deep dive into discovering the best and most practical ways to attract more customers to local businesses.

Partnering with his wife Karen was a dream made into reality. Now they are a dynamic team that is fully committed to transforming small businesses everywhere.

Karen’s pathway to entrepreneurship wasn’t a straight line. Graduating from the University of Alberta with a Bachelor of Education degree, she began teaching in exclusive private schools in both Edmonton and Calgary. Karen stepped away from teaching full time to be a full time mom. She intertwined her passion for teaching and developing children’s learning by starting a day home. After operating that for five years, Karen wanted to expand her education by enrolling in business courses with a focus on marketing. Being a people person, she is energized by working and collaborating with others. Karen threw herself into mastering social media. She and her husband After running several home-based businesses Karen’s passions grew to include helping business owners with digital marketing services. Karen is continually honing her skills on social media and is sharing that knowledge with her clients.

Josh has been running, studying, and operating small businesses for more than 2 decades. Unlike most Chartered Professional Accountants, he started his business career in the construction field as a contractor. During this time, he was able to see firsthand how conventional services available to entrepreneurs are contributing to the failure rate of small businesses. After selling his business he had a burning desire to help other small businesses owners succeed. He pursued a Chartered Accountant designation, to gain credibility as a business advisor, with the hopes of getting in front of as many business owners as possible.

In 2008 Josh founded Spurrell & Associates Chartered Professional Accountants. Most sizeable accounting firms have either been passed through generations or form as a result of buying out a retiring accountant. However, this firm was not being designed to maximize the profit per hour spent on each client, but rather maximize the chance of success for each client. This caused Josh to make the difficult decision to leave the comfort of an established firm, for a cold start, with no clients, and nothing but a $40,000 line of credit that separated him from failure. Since then, Spurrell & Associates has grown to become a true anomaly in the Edmonton market, as they have surpassed their 8-year anniversary, and have grown to 13 staff.

By providing a unique service offering that included business plans done at scale an intimate knowledge was gained as to what small business strategies work in the real world. Clear trends began to emerge as to which strategies work, which ones don’t, and what order to tackle strategic initiatives. As a result, the business plans began to contain more and more specific actionable steps, with proven results. However, entrepreneurs would still struggle with the implementation of the strategy, much like a homeowner would struggle building their own house, even with a set of world class blueprints.

As Josh began tired of working with marketing companies who would go rogue on the business plans to execute strategies based on feelings, he partnered with Inspired Method to help more business owners walk the proven path to entrepreneurial success. 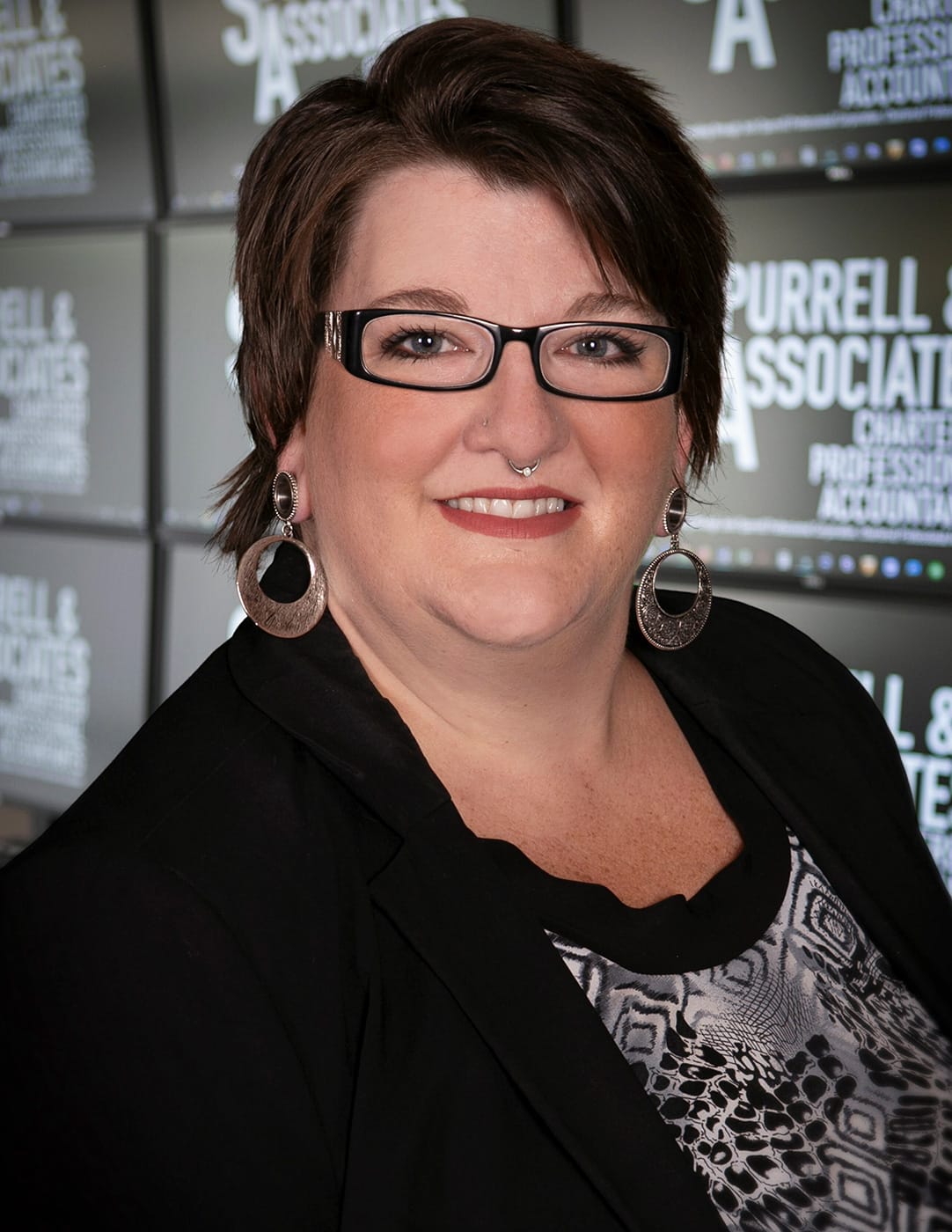 Alana was born and raised in a small town just south of Edmonton. Gifted with creativity and a passion for the arts, she knew she wanted a creative career, which led her to the field of Graphic Design. Graduating from NAIT with a Graphic Design Certificate, Alana got offered a job with her local newspaper, creating ads and laying out the design of several Alberta newspapers.

While she worked at the newspaper, she also tried her hand at freelance graphic design, and eventually joined her friend and fellow graphic designer into business ownership and founded Jester Communications. There, Alana designed logos, brand identities and packaging for a wide variety of Edmonton small businesses. Getting her certificate in marketing, and joining the Graphic Designers Guild of Alberta, Alana founded another small business – Off The Rack Logos. An e-commerce website selling logo designs to companies ‘off the rack’, all while working for the newspaper.

After several years at the newspaper, Alana left to start working for a small run print shop. Starting off as the graphic designer, then sales rep and eventually operations manager. Alana had the opportunity to buy the shop from the owner, but not before helping him launch a brand new Alberta radio station.

With print and design fueling her passion, Alana doubled sales the print shop in just one year, then doubled sales twice more in the span of a decade. During this time, she enjoyed serving her community as Rotary president, and Chamber of Commerce president. However, after more than a decade of business ownership, Alana and her then business partner decided to dissolve their partnership and go their separate ways. Years of business ownership and working with entrepreneurs helped fuel Alana’s passion for helping small businesses, which is what brought her to Inspired Method.

Whether she is helping clients get the right logo, or brand design, or coaching clients to help them achieve their goals. Alana looks forward to helping entrepreneurs reach their businesses best potential.